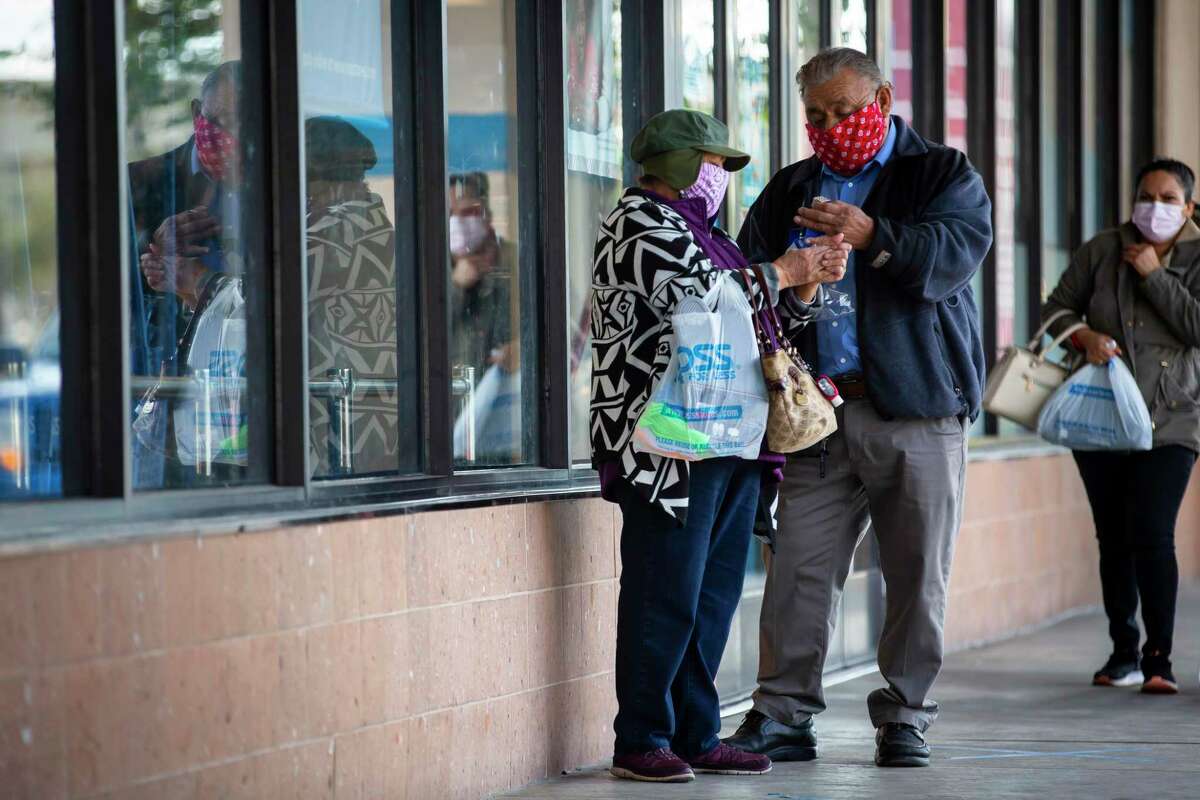 Melissa Palacios Gonzalez ran her women’s jewelry and accessory business out of a storefront on North Main. Then the pandemic hit, hammering sales and forcing her to close the shop just as her husband lost his job at an HVAC company.

She moved the business online, then launched holiday pop-up markets alongside other vendors on weekendsto tap into the holiday shopping season. But Palacios Gonzalez, who markets mainly to other Hispanic women, said her sales are still about 50 percent lower than a year ago.

“A lot of my customers are like me. I have a son; I have a husband; we’re working class,” she said. “They may not have a job. They may have only one income now.”

The coronavirus pandemic is dealing a disproportionate economic blow to Hispanics, undermining the spending power of a demographic group that accounts for half of Houston’s population and adding to the struggles of local retailers, like Palacios Gonzalez, who depend on it. Unemployment among Hispanics is significantly higher, 8.4 percent in November compared to 6.7 percent for all workers, according to the Labor Department.

Hispanics have borne much of the economic brunt because they work in high numbers in sectors hardest hit by the pandemic, including retail, food service and construction and maintenance, according to economists. Hispanics account for 81 percent of construction workers and 50 percent of food industry employees in the region, according to a report by the Houston Hispanic Chamber of Commerce.

A July survey by the chamber found that nearly half its member firms, concentrated in these vulnerable sectors, furloughed or laid off at least 80 percent of their employees.

Laura Murillo, president of the Houston Hispanic Chamber, said the figures show the need for additional coronavirus relief from the federal government. Congress Monday was on the verge of passing a $900 billion relief bill that would enhance unemployment benefits, fund a new round of low-interest small business loans, and send a one-time $600 payment to most Americans.

“That’s why our chamber was so involved in contacting members of Congress for the second stimulus package,” she said. “People need it. Small businesses need it. We’ve got to get them through the next few weeks. And the next few months, frankly.”

Bolstering these businesses not only supports individual livelihoods, she said, but also the regional economy. Greater Houston is home to 100,000 Hispanic-owned businesses. Hispanics spend more than $54 billion in Harris County each year.

“As Hispanics go,” she said, “so goes Houston.”

Traffic at Gulfgate, a shopping center that serves Hispanic communities on the city’s east side, has been noticeably thinner this holiday season, said César Rodriguez, whose father founded Doneraki restaurant in the 1970s. In the past, the parking lot filled up quickly on Black Friday and other big shopping days, he said, but not this year.

Sales at his restaurant are down about 25 percent from last year, he said. His clientele includes oil field workers and welders who aren’t coming and spending as much, he said.Oil field services also have been hard hit by the pandemic-driven recessions; the sector has shed about 30 percent of its jobs in Houston over the past year, according to state data.

Sales are dramatically down for Ashley Oporto, owner of Kiss Me Now Cosmetics, an online company based in Houston. Customers who before the pandemic would spend $100 on orders with eyelash sets and multiple color palettes, have cut back to single tubes of lipstick, she said.

When there’s no place to go, she said, there’s less reason to put on makeup.

Oporto said her customers are also strapped for cash. Half are using the payment app Afterpay, which allows them to pay for purchases in four interest-free installments.

“I recommend every small business get it,” Oporto said of Afterpay. “Especially right now.”

Jonathan Jimenez, Houston DJ and owner of The Headlinerz Ent., would normally be getting holiday party gigs in addition to the usual weddings and quinceaneras. But with many events either canceled or scaled way down, gigs are coming in only sporadically and revenues are down about 50 percent, he said.

For Shining Jewelry, a father-and-son-run jewelry shop at PlazAmericas, sales are down about 60 percent, said the senior owner, Ivan Vivar. He had to lay off six employees — more than half his staff.

Customers normally flock to his store for their Christmas shopping, Vivar said, but during the pandemic many of his Hispanic customers have lost work.

As published by the Houston Chronicle https://www.houstonchronicle.com/business/article/Pandemic-pinches-Hispanic-Houstonians-wallets-15820709.php

A disproportionate economic blow to Hispanics