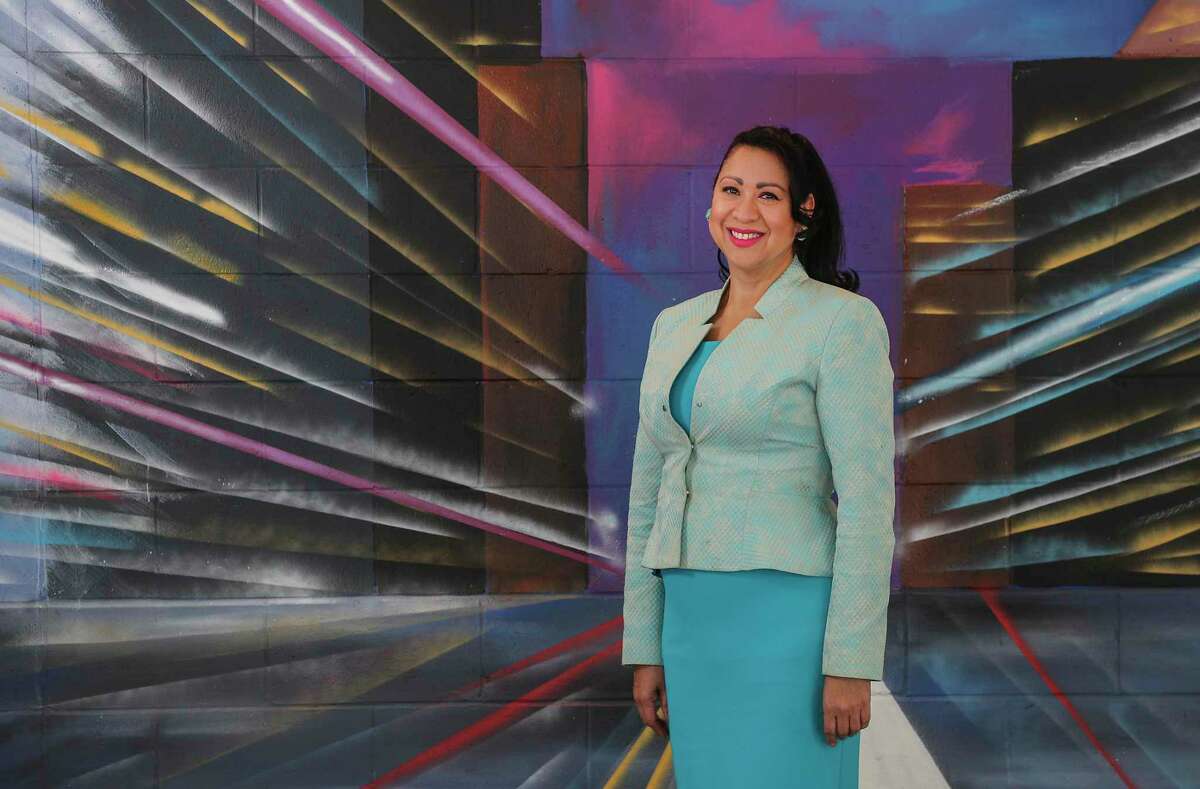 Once a year, Hispanic Heritage Month, which runs through Oct. 15, puts the focus on contributions and achievements of the nation’s Hispanic community. But Latinos are a driving force of the economy, day-in and day-out 12 months a year, particularly here in Houston.

Houston’s Hispanic population grew 10 percent over the past decade to more than 1 million, accounting for about half the city’s population of about 2.3 million, according to the Census. Hispanics fueled the region’s labor force and spend more than $54 billion a year in Harris County. Some 100,000 Houston small businesses are Hispanic-owned.

As Laura Murillo, CEO of the Houston Hispanic Chamber of Commerce, once put it, “As Hispanics go, so goes Houston.”

Murillo has led the chamber for nearly 15 years, advocating for the interests of Hispanic businesses and communities. During her tenure, the chamber’s membership grew from 400 to 4,000.

Murillo, the youngest of nine children, is a Houston native born to Mexican immigrant parents. She was raised in the city’s East End.

Murillo graduated from the University of Houston with a bachelor’s in journalism, a master’s in higher education and a doctorate in education. She worked for the UH for 15 years at the Center for Mexican American Studies and the College of Education and Bauer College of Business.

Murillo serves on several committees and boards including the Harvard University Women on Corporate Boards Executive Program, the Federal Reserve Bank of Dallas Business and Community Advisory Council, and the Board of Governors of the Federal Reserve System Community Advisory Council. She spoke to the Houston Chronicle about the role and impact of Hispanics in Houston’s economy and business community.

Q: What is the Houston Hispanic Chamber of Commerce’s role in the local business community?

A: We advocate on behalf of Hispanic businesses and civic interests here in the region and at the state level, as well as nationally and internationally. In this region, annually, consumer spending by Hispanics is over $54 billion.

We also connect large corporations with smaller businesses and highlight the importance of diversity, equity and inclusion as this city as it becomes more and more global.

We do all of this at the end of the day because we want to make sure we have a vibrant, economic city. I like to say, “As Hispanics go, so goes Houston,” because of our sheer numbers. But it is not an "us versus them" situation.

There is enough room for all of us to succeed and be part of this powerhouse that is Houston.

Q: The Latino population grew by 10 percent, or 93,755 over the past decade to nearly half Houston’s population, according to Census data released in August. What economic impact does this have?

A: What’s fascinating is that it is an undercount. Because of lack of access, people being in transition and institutional distrust, this number is low across the country. The census is underreporting our true numbers.

The undercount affects the federal revenue the state will receive due to the census. An undercount of just 1 percent could result in $290 million less revenue for the state.

It matters that Hispanics are counted. We are strong in numbers and at the end of the day, it impacts the bottom dollar for us all.

Q: Of the more than 100,000 Hispanic-owned businesses are in Houston, what type of industries are they in?

A: Hispanic-owned small businesses represent more than 42 percent of the region’s total. The owners are involved in everything from professional services — such as accountants, lawyers and doctors — to retail and restaurants. The beauty is, Hispanics are now in all business sectors.

Q: Minority-owned businesses were hit hard by the pandemic. How are Hispanic businesses doing as we come out of it?

A: They're resilient and resourceful. At the Hispanic Chamber, we worked hard to provide them with information and direct access to the Small Business Administration, bank executives and decision makers.

The city and the county also did some heavy lifting by providing grants to those small businesses, providing much needed immediate funding, whether it was $10,000 or $20,000.

Some of the businesses had layoffs, some of them closed forever, and others have moved into different sectors. It’s varied but entrepreneurs are by nature creative and agile.

Q: Can you give a couple of examples of how these entrepreneurs adapted in the pandemic?

Yes, restaurants like Arnaldo Richard's Picos changed their menus, offered curbside service and went online. Another example is Arnold Gacita, president of Petra Oil Company. His business slowed down in the pandemic and he figured out how to keep it going. The company went from making lubricants for cars and boats to producing hand sanitizer and face masks.

These entrepreneurs hustled. They did what they needed to survive.

Q: How did the pandemic affect your role as president and CEO of the chamber?

A: My role became 24-7 and it was fueled with this sense of urgency to open doors and help others. Every day counted, everything mattered and it was all important.

It became Zoom meetings on late evenings, weekends and early mornings. It was calls from corporations, CEOs, the White House, the governor's office and nonprofits.

Entrepreneurs were calling because they couldn't make payroll, they were trying to get vaccinated, or they wanted us to advocate for different legislative items to keep their businesses open such as restaurants trying to provide to-go services.

Q: People talk about Hispanics as though it is only one group of people, but there are many different nationalities. What is the diversity of the Hispanic community in Houston?

A: There's still so much generalization when it comes to Hispanics, and yet there are many nationalities. In Houston, the majority are Mexican Americans followed by people from El Salvador, Colombians, and then Venezuelans. These are the top four nationalities and everything from religion to food, language, music and idiosyncrasies within those cultures is different. But often outsiders just see us as one group.

From an educational standpoint, many of the Hispanic individuals in this city are prominent, educated and affluent. But oftentimes we are portrayed as a class of people who are only here taking, and not providing or contributing. We need to change that perception and highlight the Hispanic contributors who help make this city great.

For example, Roberto Contreras, the CEO of real estate development and investments company DC Partners. They build high-rises both in Houston and in the U.S. and employ many people. He came to this city as an immigrant and has gone on to be affluent and successful.

Q: What is the impact of immigration on the labor force and on the broader economy in the community?

A: I serve on the Board of Governors of the Federal Reserve System Community Advisory Council. We meet regularly to provide feedback on public policy, including inflation, housing, workforce development, childcare, and a variety of different areas.

Anyone we talk to locally or nationally says the labor shortage is the number one or two most pressing need. A lot of people during the pandemic no longer wanted to go back to work because they feared the pandemic or because they weren't vaccinated. From a large corporation with franchises to a mom-and-pop shop, they can't do enough to try to hire people.

I was recently on a call with the CEOs of big construction companies, banks and restaurants -- they're all trying to figure out how they can hire people.

Part of it is also because we don't have a way to encourage the immigrants who are here to come out of the shadows and engage in the workforce in a way in which we are protecting their rights.

What is certainly an answer is this huge population of people who are undocumented, and who have worked hard to help build this country. We can't get our leaders to do something to protect them. It could solve a lot of issues that we're seeing. But there's still a lot to be done.

As published by the Houston Chronicle https://www.houstonchronicle.com/business/texas-inc/article/Q-A-Hispanics-drive-the-local-economy-12-months-16494121.php

People are planning in a very short-term capacity