Talos’ loss is a cautionary tale of operating in Latin America 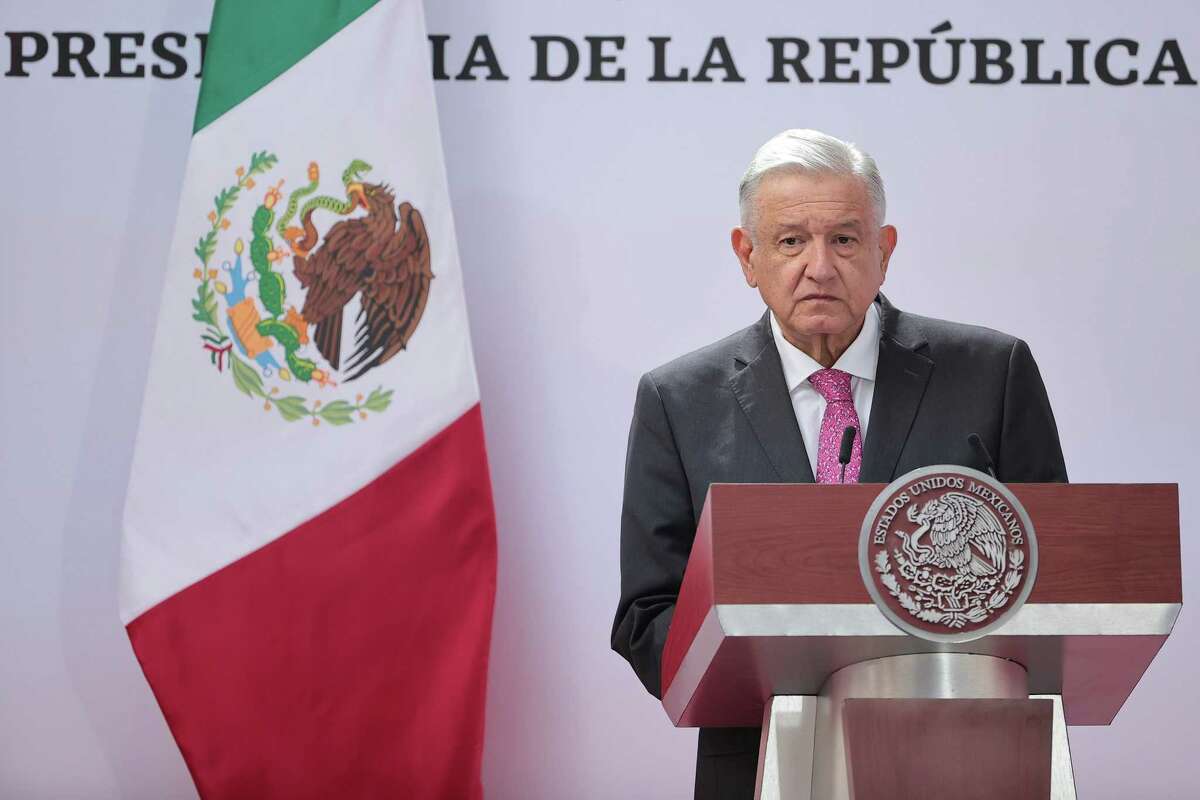 U.S. oil companies have long made big bets in Latin America, only to have their major fields and assets seized by foreign governments in the name of nationalism.

Occidental Petroleum in Ecuador. Exxon Mobil and ConocoPhillips in Venezuela. And now, Talos Energy in Mexico.

“There are potentially great returns from these kinds of discoveries, but also a significant above-the-ground risk,” said Francisco Monaldi, a fellow in Latin American energy policy at Rice University’s Baker Institute. “This is a recurring lesson in Latin America. Almost every country has reneged deals or changed its policy when the price of oil goes up or after a major discovery.”

Mexico’s recent decision to designate its state oil company, Petroleos Mexicanos, or Pemex, as the main operator of a potentially lucrative oil field in the Gulf of Mexico was a major setback in U.S.-Mexico trade relations, one that will have implications for U.S. energy firms operating in Mexico. The decision left Talos, which discovered the Zama oil field in 2017, in the lurch. The Houston independent offshore producer had sunk at least $100 million into the project, one of the largest oil discoveries in the past two decades, with an estimated 2 billion barrels of oil.

STAYING THE COURSE: Talos Energy fights through waves of challenges

Experts and analysts, however, said the fallout from the Pemex takeover of Zama is unlikely to have a lasting impact on U.S.-Mexico trade. The economic relationship between the two nations is too big and too important for it to be derailed by a failed oil deal.

Mexico is the third-largest U.S. trading partner, with billions of dollars of computers and electronics, automotive parts and agricultural products moving across the border each year. The U.S. produces the majority of the natural gas and refined petroleum products, such as gasoline and jet fuel, used in Mexico. Millions of American tourists visit Mexican resorts each year, while many Mexicans travel to Houston for medical care and to shop at the Galleria.

United States goods and services trade with Mexico totaled an estimated $677.3 billion in 2019, according to the U.S. government.

“I think many companies will be hesitant before they make major investments, but it’ll be temporary,” said Pete Garcia, executive director of the U.S. Mexico Chamber of Commerce’s Gulf Coast chapter based in The Woodlands. “No, the Talos deal won’t stop trade between U.S. and Mexico.”

When former President Enrique Peña Nieto opened Mexico’s oil fields to outside investment in 2015, Talos took a chance and became the first foreign company in more than 80 years to discover oil in the Mexican waters of the Gulf.

The Zama oil field was heralded as the dawn of a new era for a Mexican oil industry in need of outside investment and expertise.

Pemex, the most indebted oil company in the world with liabilities of $100 billion, was looking for foreign capital to boost its production, which has been in decline over the past two decades. U.S. oil companies such as Talos, having exhausted much of the oil reservoirs in shallow U.S. waters of the Gulf, wanted to search in yet-to be-explored Mexican waters.

A year after Talos discovered a vast amount of oil in Zama, Mexicans elected populist Andres Manuel Lopez Obrador president in 2018. Known as AMLO, he promised to restore Pemex to its former glory and consolidate control of Mexico’s energy industry.

AMLO banned foreign companies from signing new leases to drill in Mexican oil fields, and then set his sights on Zama. The oil field, in shallow waters west of the Yucatan Peninsula, is easier and less expensive to develop than in deeper Gulf waters. It’s a perfect location for Pemex, which leases a neighboring section, to boost production and revenue after losing $22 billion last year.

For the past three years, Talos and Pemex have been negotiating who would develop the lucrative oil field.

On July 2, as oil prices soared toward $75 a barrel, Mexico’s Energy Ministry notified Talos that it had designated Pemex as the operator of Zama. Talos had spent $100 million to explore and drill four wells in Zama.

“After six years of significant investments in Zama and the Mexican economy, as well as the delivery of a Zama development plan that is credible and in line with the objectives of Mexico, Talos is very disappointed with (Mexico’s) sudden decision to award operatorship to Pemex, especially in light of the timing under which the award occurred,” Talos said in a statement this week.

The company could argue that the Mexican government reneged on its promise to open its oil fields to foreign investment, but Mexico always retained the legal right to determine who can develop its oil reserves, the Baker Institute’s Monaldi said.

Talos could sue Mexico in international court, or seek mediation from an arbitration court under the U.S.-Mexico-Canada Trade Agreement signed last year. The Biden administration is unlikely to intervene on behalf of Talos, given the administration’s climate agenda and its dependence on Mexico for help on immigration matters, Monaldi added.

Analysts said they believe Talos would have been a better operator of Zama than Pemex, which has less experience operating in the region’s specific geologic formation. If Talos were the operator, they would likely produce more oil more efficiently than Pemex, resulting in more money for both parties.

“This is going to result in a less rapid production and probably worse total recovery from the field but (Mexico) doesn’t seem to care,” Monaldi said. “Pemex doesn’t have a track record of drilling on time and under budget. The project will be slower to develop and less profitable for Talos and Pemex. That’s a really disappointing result.”

There’s also an increased environmental risk with Pemex in control, analysts said. Pemex this month struggled to contain a natural gas leak and fire in the Gulf of Mexico. Photos of a swirling fire in the Gulf spread widely on social media, raising public concerns of how Pemex will develop Zama safely.

Given the political uncertainty surrounding Mexico, many Talos investors are breathing a sigh of relief at the outcome, said Subash Chandra, managing energy director for Northland Capital Markets.

“It’s not the outcome Talos wanted, but the irony here is that the market was actually hoping that good money wouldn’t go after bad,” Chandra said. “The market knows that what Mexico wants, Mexico will get, which is pretty alarming. It’s better at this point to say what’s sunk is sunk. Let’s not put another dime into the project until there’s some clarity.”

Mexico has already stopped leasing its oil fields to foreign companies, so its decision to strip Talos of Zama operations won’t immediately stifle foreign investment in Mexico’s energy sector, Monaldi said. Leases operated by other foreign oil companies in Mexico are set to expire next year, and have yet to produce a major discovery like Zama.

“In general, this is a very bad signal that will increase the risk of operating in Mexico,” Monaldi said. “But the effect will be less significant since Mexico is already closed for new business.”

Ultimately, the fallout from the Talos snub will be short-lived and is unlikely to affect overall trade between the U.S. and Mexico, analysts said.

“This didn’t go the way the U.S. would have hoped, and certainly could be seen as a setback for many,” said Laura Murillo, CEO of Houston’s Hispanic Chamber of Commerce. “Having said that, we are optimistic, given our proximity and large massive scale of goods, human resources and capital, that Texas will continue to play ball with Mexico on a variety of other matters and economics. There’s no way we can afford not to. It’s in our best interest to continue trading with Mexico.”

As published by the Houston Chronicle https://www.houstonchronicle.com/business/energy/article/Talos-loss-is-a-cautionary-tale-of-operating-16297311.php