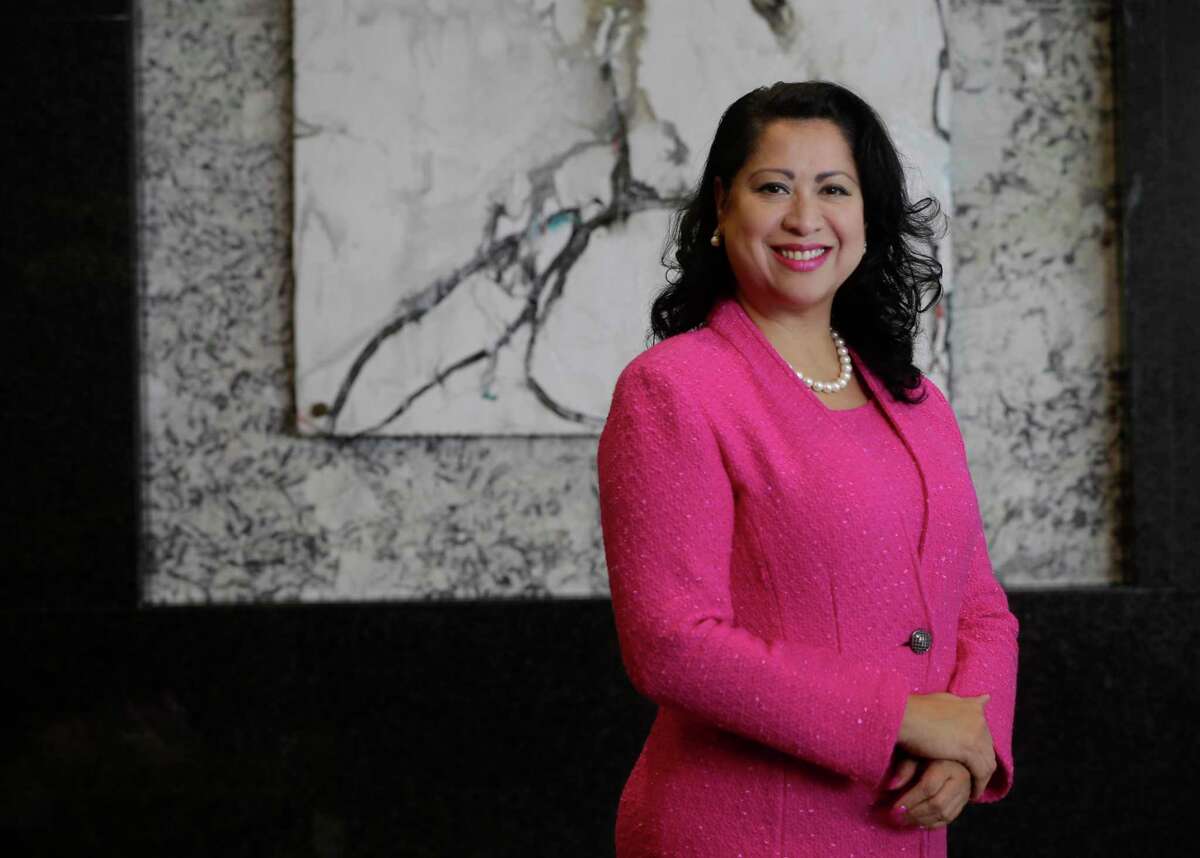 Laura Murillo, president and CEO of the Houston Hispanic Chamber of Commerce shown Wednesday, May 23, 2018, in Houston

Supreme Court Justice Sonia Sotomayor and Roberto Goizueta, an immigrant from Cuba who became the CEO of the Coca-Cola Company, rose from humble beginnings to wealth. A new study indicates more and more of their fellow Latinos are becoming affluent.

A report released Wednesday by Merrill Lynch Research mentions them in its profile of affluent Latinos, a segment growing faster than in the general population of the United States.

According to the report, the segment of affluent people, or those with incomes of $125,000 or higher, has grown 81 percent among Hispanics during the last five years compared to 53 percent in the general population.

“The complexion of wealth in our country continues to demonstrate that it's changing, and changing at a rapid pace,” with Latinos playing a significant role in diversifying the U.S. market, said Jen Auerbach Rodriguez, head of Strategic Growth Markets at Merrill Lynch.

Auerbach said that studies about the Hispanic population have shown its increasing market participation and influence, with an overall purchasing power of $1.5 trillion and productivity that would make them the eighth largest GDP in the world if they were an independent country.

But while “the popular narrative can often spend a lot of time at the bookends of the wealth spectrum, this (study) is really meant to populate the narrative desert that exists in between,” Auerbach said. She added that the study is part of a larger project of five years of studying diverse communities, including Black and LGBT people, using interviews and immersive techniques to add nuance and knowledge about frequently stereotyped communities and market perceptions.

Auerbach said that the “most profound” three topics mentioned by affluent Latinos in the study as the biggest motivators in their life are family, followed by hard work and education, and then giving back.

Affluent Hispanics are three times more likely than the general population to say that they are driven by a desire to make their family proud, the report said. More than two-thirds of them identify with the statement that “Family is the most important aspect of my life.”

They are also four times more likely to list planning to financially assist or support their aging parents at the top of their financial goals.

"For many Hispanics, financial success is defined by the ability to support one’s parents as they age, and this research further emphasizes the importance placed upon (the) care of our older generation,” said Rick Jaramillo, Bank of America Houston Market Executive.

“The greater Houston area is home to the nation's fourth-largest Hispanic-Latino population, and this report reveals that the national growth of affluent households within this population has grown” considerably, he said.

Auerbach said that one of her favorite quotes cited in the report from interviewed people is, “My inheritance was hard work.” She said it emphasizes the fact that many affluent Latinos are immigrants or children of immigrants who came with nothing, with a primary goal to provide for their families, settle and leave a legacy for continuity.

The report said that affluent Latinos or their immediate family members are more likely to have come from outside the U.S. Almost 30 percent said they are originally from another country while 38 percent said the same about at least one of their parents.

Although the report doesn’t profile this population by region, the overall trend of wealth growth is reflected in Houston, according to Laura Murillo, the CEO of the Greater Houston Hispanic Chamber of Commerce.

“We are experiencing and seeing more and more wealth, even among the younger, where they are purchasing properties and real estate, and they're learning from people who have been or have become successful in their community,” Murillo said.

Murillo herself is an example in the city of a prominent affluent Latina who was raised from humble beginnings to become a successful Latina leader who has been named one of the “Women who Run Houston” and among the “Most Powerful & Influential Women in Texas,” among other distinctions.

The youngest of nine children of Mexican immigrants supported by a father who was a tile mason, Murillo began working at 10 at a Mexican restaurant that he opened in Houston. She went on to study, earned a doctorate and has led the chamber to become the largest organization of its kind in a U.S. city during her 15 years as president.

Murillo said that people like her are only the tip of the iceberg of wealth creation among Hispanics and that women, in particular, are increasingly joining the rank of small business creation in Houston.

Among Hispanic affluent women, the study found that they are 30 percent more likely to list the desire to achieve financial independence as their top financial motivator compared to their men peers.

Still, with all the advancement and wealth grow among Latinos, “We have a lot of work to do,” Murillo said. “We know there are many Latinos who are still lacking opportunities and education and training.”

The Houston leader said she hopes that “the wealthy Latinos will continue giving back and put more resources and influence in getting elected to offices, so they help change public policy to help those behind them.”

As published by the Houston Chronicle Why the affluent Latino population is growing strikingly faster than other wealthy groups (houstonchronicle.com)