Houston Latinos who are making a difference: César Espinoza and Laura Murillo 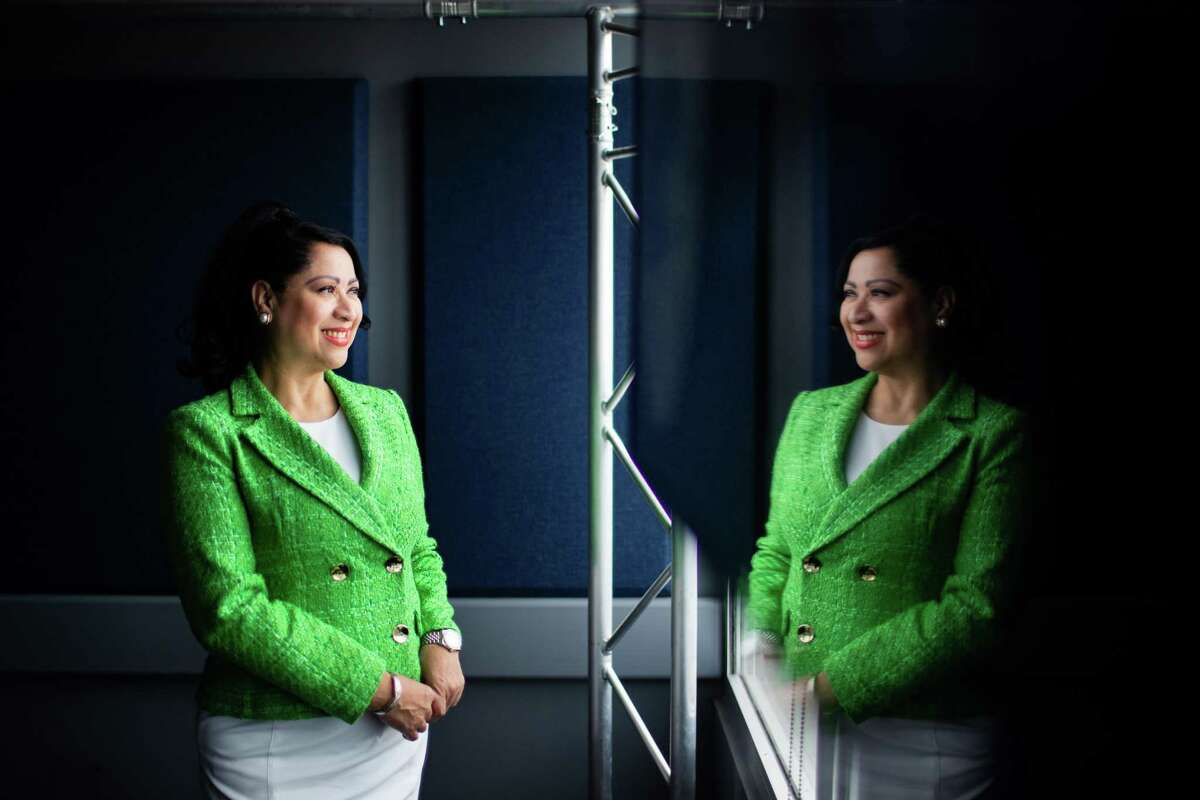 The Houston area is home to a vibrant and diverse Latino population that has made it one of the most successful and interesting regions in the country. From artists and activists to academics and authors, Houston is full of Latinos at the top of their fields who don’t get the same daily recognition as politicians and athletes.

For Hispanic Heritage Month, the Houston Chronicle is profiling 10 extraordinary individuals over four Sundays in Zest.

BIO: Espinosa was brought to Houston by his family from Mexico when he was 6 years old. Despite exceling in school, he saw firsthand the limitations imposed by his immigration status and founded FIEL (Families Inmigrantes y Estudiantes en La Lucha) to advocate for other undocumented immigrants.

Q: What role do immigrant and Latino communities play in making Houston what it is?

A: Houston would not be Houston if it weren’t for the immigrant community. Just look at where the FIEL office is at, in the Gandhi District. Even though I was not privileged enough to travel outside of the U.S., I feel like the whole world has come to us, in this very community. You drive 10 minutes away, and you’re in Chinatown. Right across the street, there’s Indian food, Thai food, Ethiopian food, Afghan food. So, in a lot of ways, that culture and vibrancy has shaped Houston and kept Houston moving, not only prior to the pandemic but especially during the pandemic.

A lot of people ask why Houston did so well, and it’s because we have a vibrant workforce that never gave up. I think Houston has been shaped by immigrants, but in lots of cases the favor has not been returned. Lots of policies that could be driven, given that we have so many immigrants here, are still not there yet. We’re moving in the right direction, with elected officials like Harris County Judge Lina Hidalgo and other folks, but there’s still a lot of work left to do because for so long the immigrant community was overlooked in public policy and not taken into account.

Q: What can Latinos do to support one another, and how can others help?

A: One thing is we need to learn about corporate responsibility. There’s a lot of people in our community who have made a lot of money, but for whatever reason, a lot of times they’re not willing to give back. They think, “As long as my family is taken care of, it doesn’t matter.” In other communities, they understand that if they are successful, and they can help other people be successful, then we’ll all succeed. That’s something the Latino community has to learn here in Houston.

It doesn’t even have to be about money; it also is about connections. One of the things I’m grateful for is that as my career went on in organizing, I met a lot of people who were willing to introduce me to other people, and they didn’t ask for anything in return. So now I do that with other young people: I introduce them to the mayor, get them internships and mentor them because I believe in that same thing.

Q: What do you come across in your work that gives you hope for Latinos in Houston?

A: I’m really hopeful for the new generation that’s coming up; these people who are politically conscious. One of the promises I make to kids when we go out to talk to high schoolers is that if they ever want to run for public office, I’m going to be the first person to make a campaign donation. I say that and I mean it because often in the Latino community, being a politician carries a stigma from our home countries — people think you’ll be corrupt, cruel, a robador (crook) — and that trickles down to people here, and they don’t want to touch the subject. It’s important that we empower young people to be progressive and passionate, and if they ever want to run for public office, then give them the tools to be successful. I hope that one day somebody remembers those words and comes and says, “I’m ready.” And I’ll say, “We’re ready for you, too.”

President of the Houston Hispanic Chamber of Commerce

BIO: Murillo grew up in Magnolia Park and has been the president and CEO of the Houston Hispanic Chamber of Commerce since 2007. Under her leadership, the chamber has grown to 4,000 members — the largest such chamber in the country — and grew its revenue from $150,000 to $2.6 million.

Q: How has your upbringing shaped the way you approach your work?

A: I feel that coming from the background that I did — with my parents who came here as immigrants having a daughter who’s been named one of the most powerful and influential women in Texas — that nothing has been done on my own. It’s been through the support and encouragement and doors that were opened for me that I’ve been able to obtain that recognition and hopefully serve as an inspiration to others, Hispanic or not.

The East End always serves as the backdrop of where I came from, and where we, as a community, are going. The champions in my life, they’re in a variety of capacities at very high levels and have played an important role in opening doors for me and others. People who are not Latinos have seen the value and the contributions that we can make, so it’s important that we see people who look like us and who come from backgrounds like ours achieving success.

Q: Why is it important for Latinos to have a strong foothold in the business world?

A: We represent 42 percent of the population and in Houston, our consumer spending is $55 billion. The decision makers in corporate America benefit from our contributions, not only to society but to the economy. So we are a driving force in the economy in terms of our consumption but also in terms of the workforce that we are providing. While we make many of those contributions, we still have room to grow, especially in the space of corporate America, on corporate boards and executive positions. Less than 2 percent of all corporate board seats across the country are filled by Latinos, and I’m here to say that we’re here. We have the experience, we have the education, and we represent a large part of the market. Data and research have all shown that performance and revenue increase when you have women and minorities on public boards. That’s not a feeling; those are data points that are quantifiable.

Q: You’ve said you “visualize things not for what they are but what they can be.” What does that vision look like?

A: We are the model city for diversity, equity and inclusion. People are watching what we do and the choices we make, and the caliber of people who have come here from all over the world and have gone on to be successful, affluent, wealthy, influential and powerful. It is something that is attainable even if you grew up in Houston’s East End, in Magnolia Park, one of the oldest barrios in the city. It is an absolute possibility that if someone like me — who has now had private meetings with eight presidents from across the globe and led a variety of different initiatives — can do it, then it is certainly attainable. From where my parents were to where I am to where my daughters are, it shows that we can build this and set higher and higher goals. The next generation will have opportunities that we did not have. I believe that is possible.

As published by the Houston Chronicle https://www.houstonchronicle.com/lifestyle/article/Houston-Latinos-who-are-making-a-difference-16482498.php