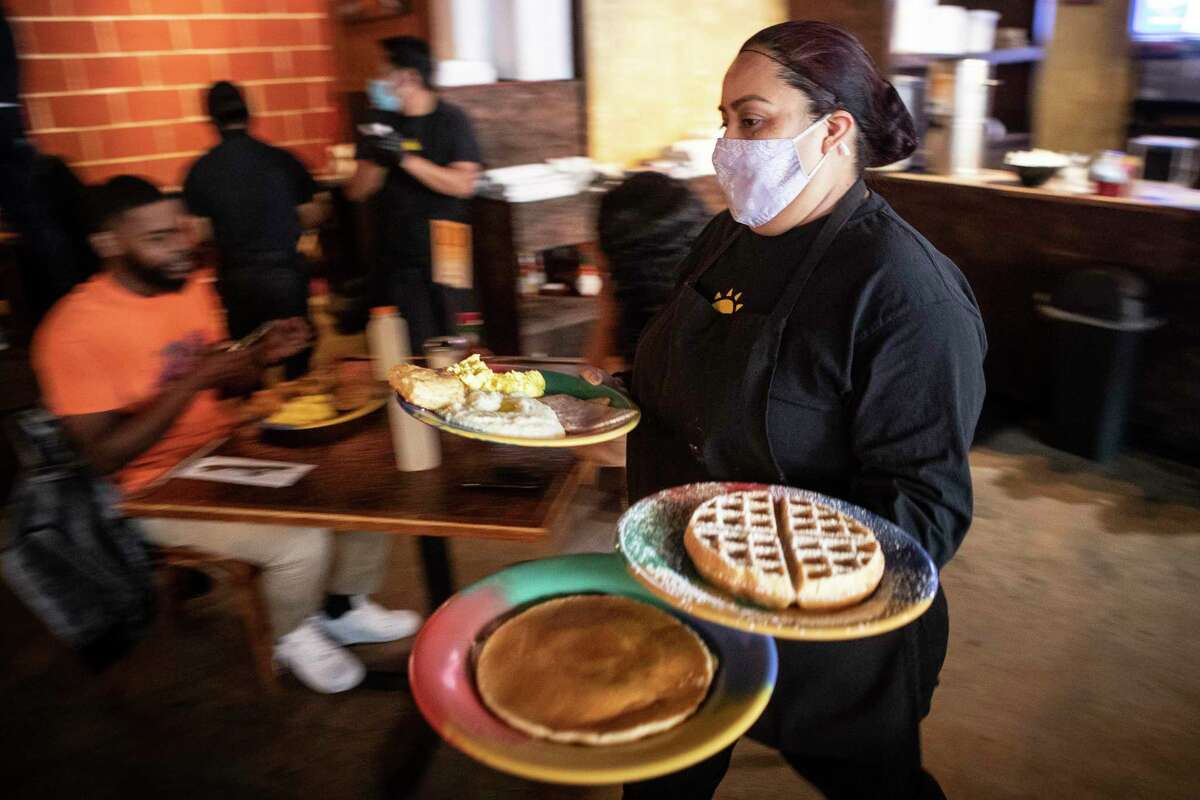 Akilah Glaspie was starting to think the worst had passed. She was optimistic in the final months of 2021, as enrollment returned to pre-COVID levels at the Gingerbread School, the academy she founded a year before the pandemic to provide daycare and early childhood education.

Then came the omicron variant. The number of students at school has dipped each day since the end of the holiday break, and she worries that her staff will again start getting get sick, forcing her to pay a premium for workers from a staffing agency and requiring her already exhausted staff to again work overtime.

“When is this going to let up?” she wondered aloud.

As omicron continues to spread at unprecedented rates, Houston-area businesses are feeling the pinch of staff shortages and bracing for the worst. Breakfast Klub owner Melvinie Davis said the business has relied on out-of-state clientele to keep her businesses running strong after two years of closures and uncertainty. Now, she fears another lockdown could upend that stability. Video: Brett Coomer/Houston Chronicle

The coronavirus, this time in the form of the highly contagious omicron variant, is again upending business operations and plans, dealing another setback just as companies of all sizes prepared — or hoped for — a return to at least near-normal. The surge in COVID-19 infections — hospitalizations have spiked sevenfold in Harris county recently — is exacerbating labor shortages, supply chain problems and uncertainty.

Restaurants and retailers have been forced to cut hours or even close temporarily as employees call in sick. Expansion plans are getting put on hold. Homebuilders are dealing with delayed shipments and higher costs. Companies are again reconsidering back-to-the-office plans.

Laura Murillo, president and CEO of the Greater Houston Hispanic Chamber of Commerce, said some her member companies have stopped bringing workers back into offices, asking that they keep working from home. Some are canceling events. Many are staggering schedules, so in the event of an outbreak, they won’t lose all their workers to quarantine.

“Golly, it’s been horrible - especially for small businesses,” said Murillo. “People are planning in a very short-term capacity. They can’t project very far into the future — they’re not even sure how many workers they’ll need.”

‘Darkness is coming back’

At The Breakfast Klub, co-owner Melvinie Davis said the famed Midtown brunch spot is operating at about 70 percent of normal staffing levels, which they’ve tried to increase through a series of career fairs.

Finding specialty goods used for their coffee drinks has been hard to find, as vendors deal with their own labor shortages, and other restaurants stock up out of fear the supplies won’t be available later.

She and her husband Marcus have already pushed backopening plans at two other businesses they own in addition to The Breakfast Klub, and have relied heavily on customers from outside of Houston who want to try the restaurant’s famous chicken and waffles, or other dishes, while in town.

Of the dozen or so people in line Friday morning, about half said they were not from Texas, with some from as far as Miami, Florida and New Jersey.

“We were just starting to see the light, and now the darkness is coming back,” she said. “And in full effect.”

Among the top worries is that the omicron surge will exacerbate an already dire labor shortage. Last week, the Labor Department reported that 4.5 million American workers quit their jobs in November, tying the record set in September.

November was the sixth consecutive month in which national job openings topped 10 million. That translates into 1.5 available jobs for each of the nation’s 6.9 million unemployed workers.

Kevan Shelton said his real estate business, K&A Companies, continues to be hampered by supply chain shortages. Materials such as lumber have been increasingly hard to come by since last year, when global manufacturers - many of them also with depleted staffs - were playing catch up on orders delayed in the early days of the pandemic.

He said the additional costs of materials and labor shortages have driven up the average cost of building a home by tens of thousands of dollars, and added months to the time required to finish building a home.

Shelton’s company has absorbed most of those costs, he said. But omicron could further threaten his profit margins.

Local COVID hospitalizations were already ticking up just as the company prepared to show its first $1 million-property, a milestone for which the company spent months and thousands of dollars preparing, hoping it would help draw attention from investors and others in Houston’s highly competitive real estate market.

The company almost canceled the showing as a precaution, but went ahead anyway. Ten days later, virtually all the staff was out with omicron. Now, he is reluctant to hold similar events — at least, until COVID cases wane.

Glaspie, owner of the Gingerbread School, knows all-too well how exhausting it can be to run a business amid such uncertainty, when full staffs can become skeleton crews in a few days.

Her school was barely open a year when COVID arrived in Texas, and enrollment at the school dropped by about half as people began working from home and parents no longer needed daycare. She worries that the omicron surge might have a similar impact, but, like so many, business owners, Glaspie has given up pretending she can predict what comes next in the pandemic.

“We just don’t know when it’s going to end,” she said with a resigned sigh. “And just when you think it does end, here comes another variant and another wave.”

As published by the Houston Chronicle https://www.houstonchronicle.com/business/economy/article/As-omicron-spreads-business-owners-again-find-16768505.php